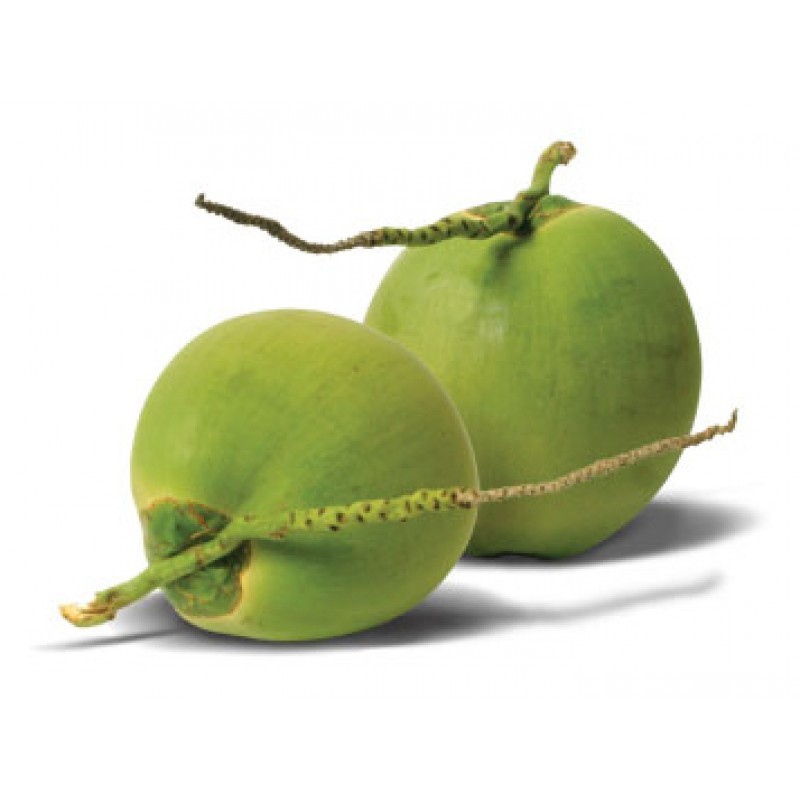 The term coconut can refer to the entire coconut palm, the seed, or the fruit. Green coconuts are mostly used for their coconut water; also known as Coco Frio. The shell has three germination pores (micropyles) or "eyes" that are clearly visible on its outside surface once the husk is removed. Under that shell there is a white substance one finger in thickness; that has a taste resembling the almond. Coconuts have clear, sweet water in the middle of that substance which is very refreshing. When that water stands for a while after having been collected, it congeals and becomes like an apple.

Coconut water is consumed throughout the humid tropics, and has been introduced into the retail market as a processed sports drink; Also known as Coco Frio. Mature fruits have significantly less liquid than young, immature coconuts, barring spoilage. A full-sized coconut weighs about 3.2 pounds